Who We Are | Car Detailing Services Dubai | Ziebart UAE

Protect yourself and your passengers from the havoc brought on by the sun. With window tint from Ziebart, you can stay cool by looking cool!

Ziebart’s exterior detailing process is a complete top to bottom, bumper to bumper cleaning experience that will restore your vehicle’s original beauty.

Ziebart’s anti-bacterial interior detailing process is designed to provide a healthier environment for you and your family while extending the longevity of your vehicle’s interior.

Ziebart has been innovating automotive protection since 1959. Trust your investment to the most experienced name in the industry, a name synonymous with protection: Ziebart.

Ziebart's exclusive films, Window Tint and Z-Shield® Paint Protection Film, will enhance the appearance and protect the longevity of your vehicle.

Spray-on Bed Liners applied at Ziebart are made to be just as rugged and work just as hard as the person behind the wheel.

Your vehicle should look and function exactly how you want it to. Ziebart offers a wide variety of automotive accessories to help your vehicle meet your expectations.

Ziebart and the Future of Total Vehicle Protection Products and Services

Ziebart is the worldwide leader in appearance and protection services, providing complete car care solutions to our customers via a worldwide network of approximately 400 franchise locations, with 800 Ziebart Service Centers in 32 countries. We are always available to answer any questions you may have about Ziebart products, services. 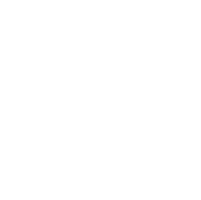 Let us call you and tell you more about our offers